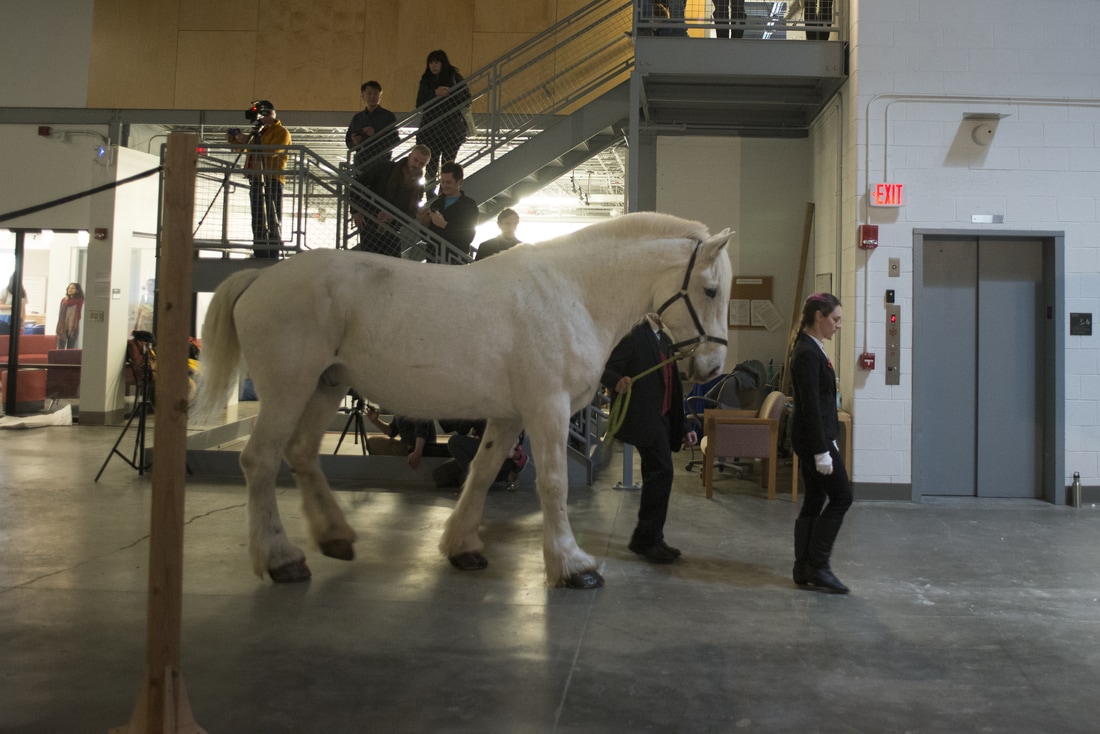 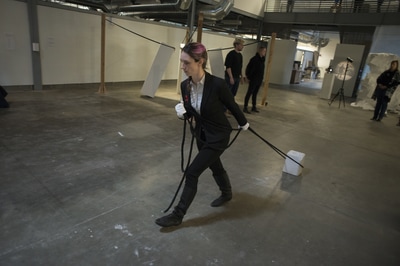 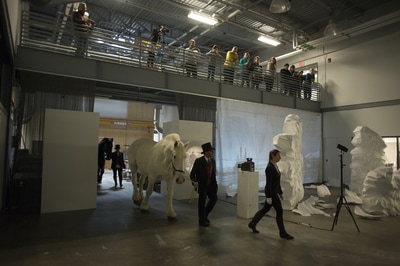 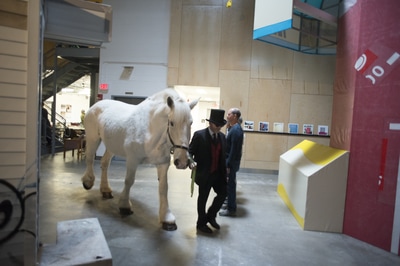 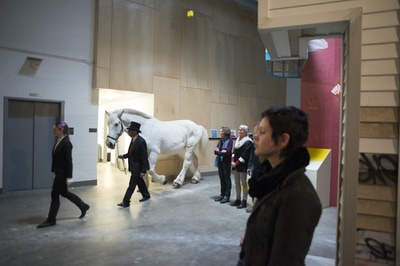 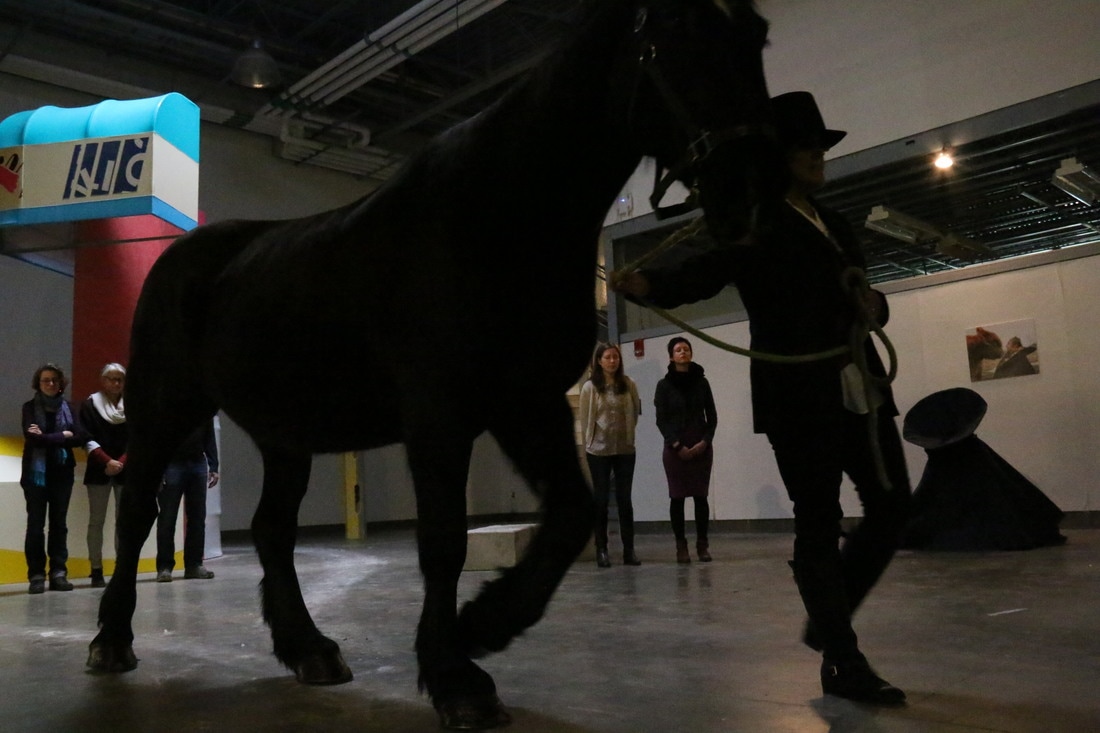 I come from the place that smells like sweet feed and timothy hay. Where girls run free, naked, save for steel-toed boots. I come from the fields, stuck with brambles and twigs in my hair. Dirty and free.

Situated in the graduate/faculty studios at the University of Michigan, this performance asks nine people to consider their bodies in the presence of livestock. The participants are not presented with any information about the performance beyond that they will need to keep their eyes closed and stand stationary in their assigned place. It begins and ends with a familiar ring of sleigh bells.

The performer drags a 50-lb salt lick across a concrete floor in a pre-determined loop around the space. It is quiet, except for a camera shutter and occasional rustling bodies. The salt lick leaves a faint white trail, making a impenetrable boundary for the occasional slug. Salt is heavy. It rumbles as it is dragged, chipping away small pieces of the rectangular block. Some pieces are larger than others, remnants of a battle the concrete knows it will win.

In a single file line, the performer returns to the space with two, 2,200 lb Percheron draft horses led by their handlers. As we come closer to the main room, their large hooves become increasingly louder. Heavy and hardy, they are fit with metal horse shoes in the largest size they come. Each hoof has four road studs coming out of the metal shoe. These studs are short and help the horses with traction on paved roads and well-packed trails. Here, they are a hindrance.

The parade proceeds into the space at a slow, thoughtful pace. At four points on the route, a pause. The moments of stillness are permeated by the breathing of the horses and an occasional hoof slipping on the cement. The horses smell delicious.

​Afterwards, participants were released and to archive their corporeal experience through a short piece of writing.